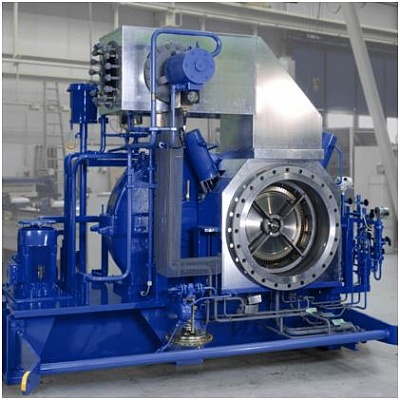 Our company is a partner of Howden Turbo GmbH - the world leader in the production of steam turbines.

Howden Turbo GmbH's steam turbine plant is located in Frankenthal, Germany. The history of the plant dates back to 1899, when the KK&K company was founded. For more than 100 years of successful work, the plant has supplied steam turbines all over the world under the KK&K brand. In 2006, the plant became part of the German concern Siemens and became known as Siemens Industrial Turbomachinery GmbH. And already in 2017, the plant was bought by Howden and is now called Howden Turbo GmbH.

The pre-engineered steam turbines of Howden Turbo GmbH are designed for the production of energy in both power generation facilities and industry. They can serve as a mechanical drive for pumps, compressors, and generators for energy production. At the same time, the modular design makes possible a low weight and small overall dimensions of the equipment, therefore, when installing such turbines, minimal requirements are imposed on the production site. The idea behind the design of this type of turbine is that pre-engineered solutions are adapted to the most varied needs of the Customer, while ensuring the reliability and efficiency of operation with frequent starts / stops and especially at partial loads, for example, with a significant change in steam flow.

The range of steam turbines is presented below:

At the same time, the pre-designed MONO, TWIN, TRI solutions can be used together in a special COMBI solution, thus the maximum power can reach up to 24 MW. Also in the product line is the EXP solution, which is used as expanders for various media, for example, natural gas.

During the period of its activity, Howden Turbo GmbH, with the support of Energopro Engineering, has supplied more than 15 steam turbines for energy, housing and communal services and industry.